There are no products in this section

Sony is a technology company, based in Japan, which makes many electric products. Among its most popular products is the video game console PlayStation, which was followed by PlayStation 2, PlayStation 3 and now the Playstation 4. They also sold the Walkman invented by Andreas Pavel - a small music audio cassette player that could fit in your pocket - they later made Walkman systems that could play CDs, MiniDiscs or MP3s instead of tapes, and they often could receive radio too. 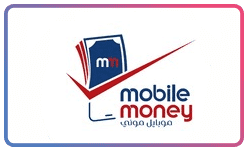