Skinoren Cream For External Use - 30g Reduces the growth of the keratin surface skin cells that can block pores. This helps to unblock the pores and sebaceous glands (glands which secrete sebum) and as a result the sebum can escape. This reduces the formation of blackheads (comedones) and spots.

Kills the bacteria associated with acne, Propionebacterium acnes. This is a common type of bacteria that feeds on sebum produced by the sebaceous glands in the skin. It produces waste products and fatty acids that irritate the sebaceous glands, making them inflamed and causing spots.

Reduces the numbers of these bacteria by reducing their food source (sebum) and by inhibiting their growth. By controlling bacterial numbers, the inflammation of the sebaceous glands is brought under control, and the skin is allowed to heal.

Melasma -Minimum treatment period: 6 month. Must use with a broad-spectrum suncream.

Apply to the affected areas twice daily (mornings and evenings) after washing the skin, and rubbed in well. (People with sensitive skin should use the cream only once a day (in the evening) for the first week of treatment and then increase to twice daily applications.

Regular use is important. In general, an improvement in the acne becomes apparent after about four weeks of using the cream. The manufacturer states that to obtain the best results, Skinoren cream should be applied over a period of several months, but not for more than six months.

People who have acne vulgaris (subject to physician’s instructions)

English Instruction inside the box 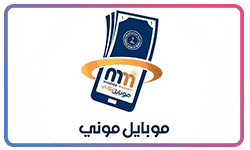